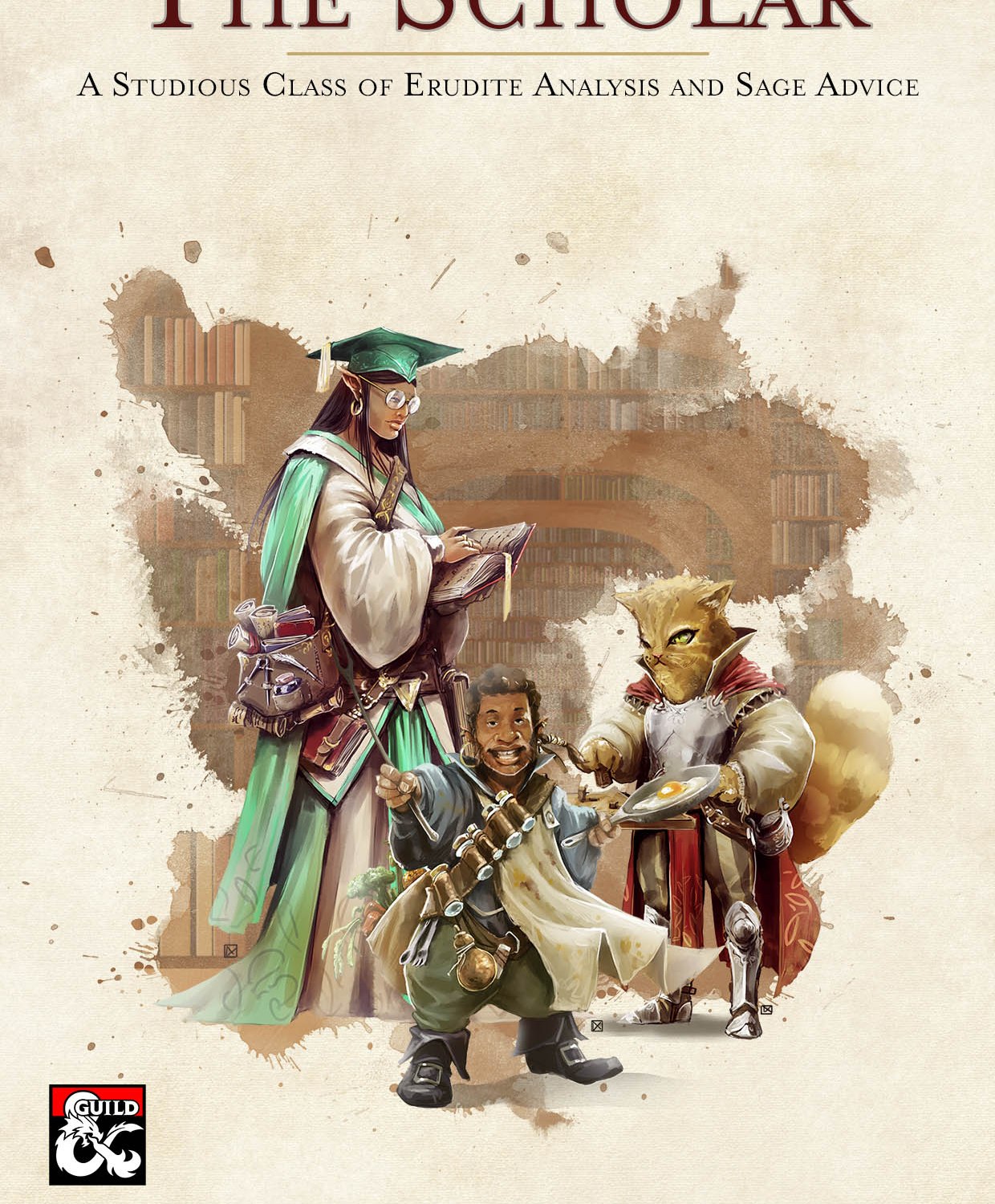 The first draft of the first 5 levels of the Scholar was published on the Sterling Vermin Adventuring Co. blog in early July. Around the same time we also created a first draft of the first 5 levels of the Magus and, after revising both, we allowed our Patreon backers to vote on which class we would develop. The Magus won in a landslide. That might have been the end of it except that, ever since then, we’ve gotten messages every single time we updated the Magus, asking if and when we would return to the Scholar. Our patrons made it clear they wanted us to get back to work on it too – so here we are.

Since the previous draft of the Scholar there was a feature that combined the new Critical Analysis and Sage Advice features in a way I think was kind of confusing or, at least, not straightforward. Erudite Applications have continued to undergo some fine tuning to ensure there are no “must haves” and to retain the theme of the Scholar as a non-magical but exceptionally intelligent individual. Finally, the previous draft of the Scholar only went to level 5 so all features 6th level and higher are new to this draft.

EDIT: You can now find the final version of the Scholar class on the DM’s Guild by following the link below!

If you are interested in watching the Scholar continue to evolve as it is developed into a full 1 – 20 level class please subscribe to the blog. If you’re interested in getting behind the scenes previews and exclusive content, consider becoming one of our Patreon backers. If this is your first time visiting the Sterling Vermin, you should consider checking out our content available on the DM’s Guild. If that’s still not enough for you, you can subscribe to our subreddit and follow us on twitter!