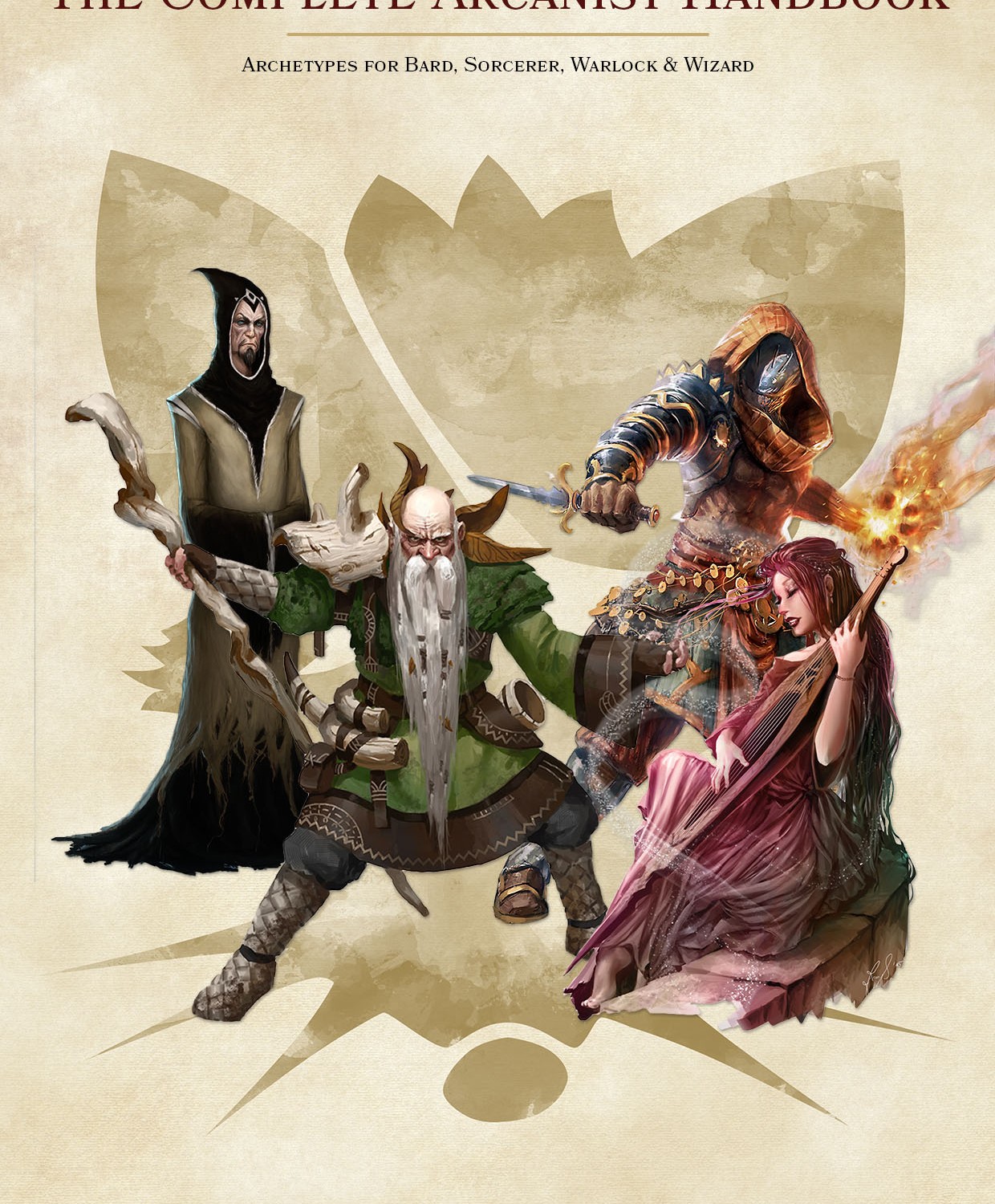 February turned into the unofficial Arcanist Handbook month with new archetypes for bards, sorcerers, warlocks, and wizards. Last week we wrapped up the last class that still had new archetypes incoming and so it’s time to revise and compile them all into the Complete Arcanist Handbook! If you are using any of the archetypes in your home campaign, please use this document as it contains revisions (mostly writing errors) not in the original posts.

This month the featured classes each got 2 new archetypes. For Bards, the College of Fortune adds some double-or-nothing odds to their Inspiration Dice while the College of Two Courts is for those aligned with or touched by the fey. For Sorcerers, the Greenheart provides an option for those whose arcane power comes from their connection with the natural world while the Spiritualist’s power comes from a near death experience that left them bonded with a pathos infused phantom companion. For Warlocks, the Cosmic Machine stretches the Warlock player’s options into the realm of science fantasy and the Crone allows you to play on old fairy tales and the folklore of witches. Finally, for Wizards the Grey Guild gives them a shadow organization whose existence consumes them so much they are dedicated to its secrecy rather than a school of magic and the Three Spirit Adept learns to unlock the inherent mystical potential of their familiars.

Patreon backers got two additional archetypes in the last month and I have even more in store for them in the coming month. For Patreon backers pledging $1 or more a month they got the Starsigned sorcerous origin for Sorcerers whose power was destined from the day they were born and the College of Mourning for Bards whose art has an unnatural control over the dead – one they abuse or honor at their own predilection.

Get the Starsigned and College of Mourning by pledging here!

Finally, last announcement, to celebrate the release of Curse of Strahd the entire month or March will be dedicated to horror themed content. With the Complete ________ Handbook series temporarily completed, look forward to new races, feats, spells, backgrounds, and more!

6 thoughts on “The Complete Arcanist Handbook”