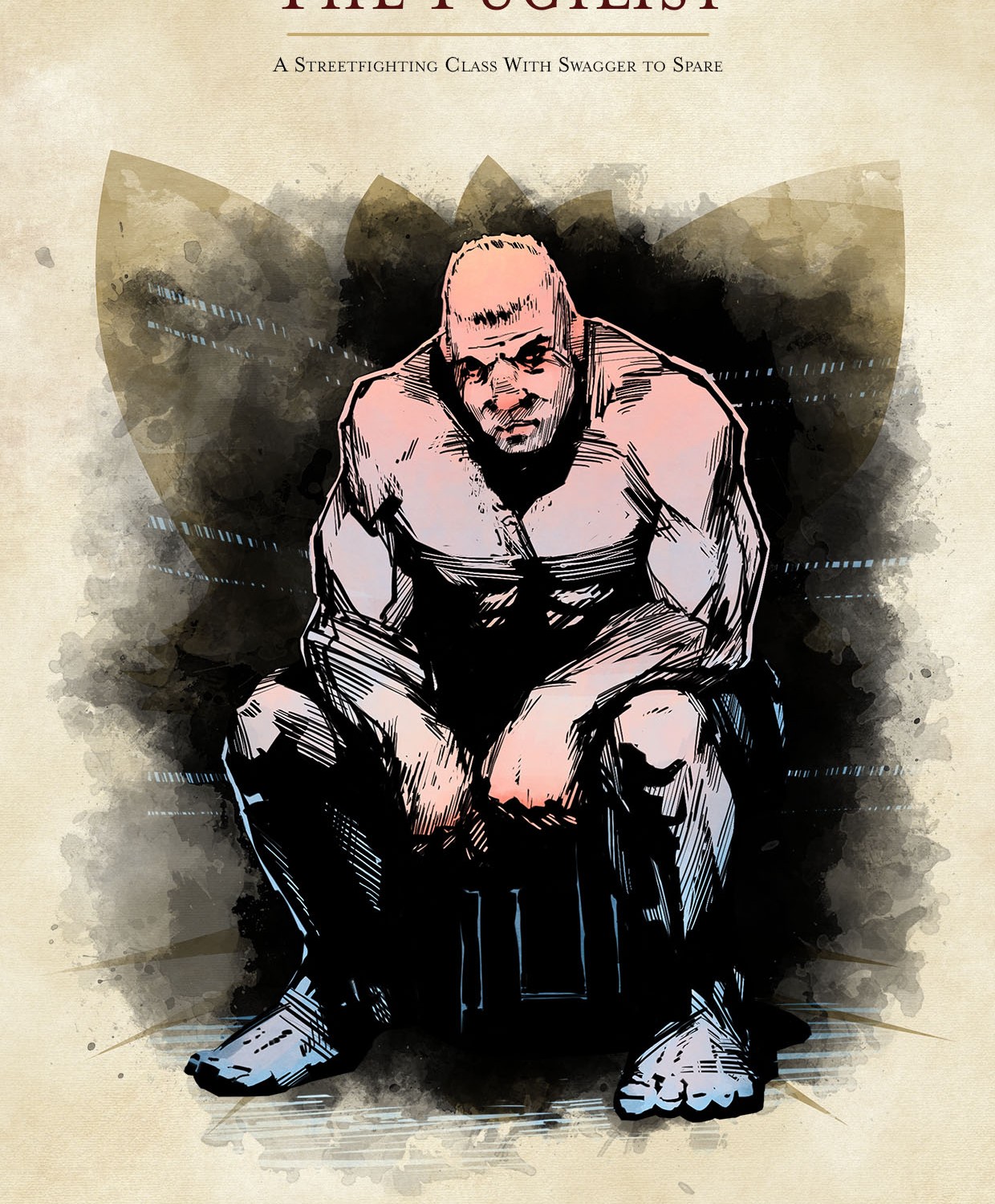 That’s the sound of the bell, contenders, and that can only mean one thing: Round 2. After slogging through a straight up deluge of readers and reader responses, the Pugilist is back and better than ever.

For those who are curious, here are a few of the concerns addressed with the revisions:

Hey there! If you’re just reading this for the first time, or you’re reading it again, you will be happy to know that the full version of the Pugilist class is now available as a Pay What You Want product on DM’s Guild! Older versions of the class have been removed from the blog to comply with the rules regarding content posted to the DM’s Guild – you can find the full class here!

The one thing that hasn’t changed since the early draft, that I really hope we can change together, is the art is all still borrowed. In order to make the final draft of the Pugilist (and other Sterling Vermin content) available on the DM’s Guild, we need the funds to pay for artists to create original artwork to go with our original content. If you are a fan of the Pugilist and the Sterling Vermin in general, I hope you’ll consider making a pledge at our Patreon page. As a backer, you’ll even get to see future revisions to the Pugilist long before they become public! So what do you say, be our cornerman? Patreon backers will also get to vote on the next (and final?) three pugilist archetypes starting today!