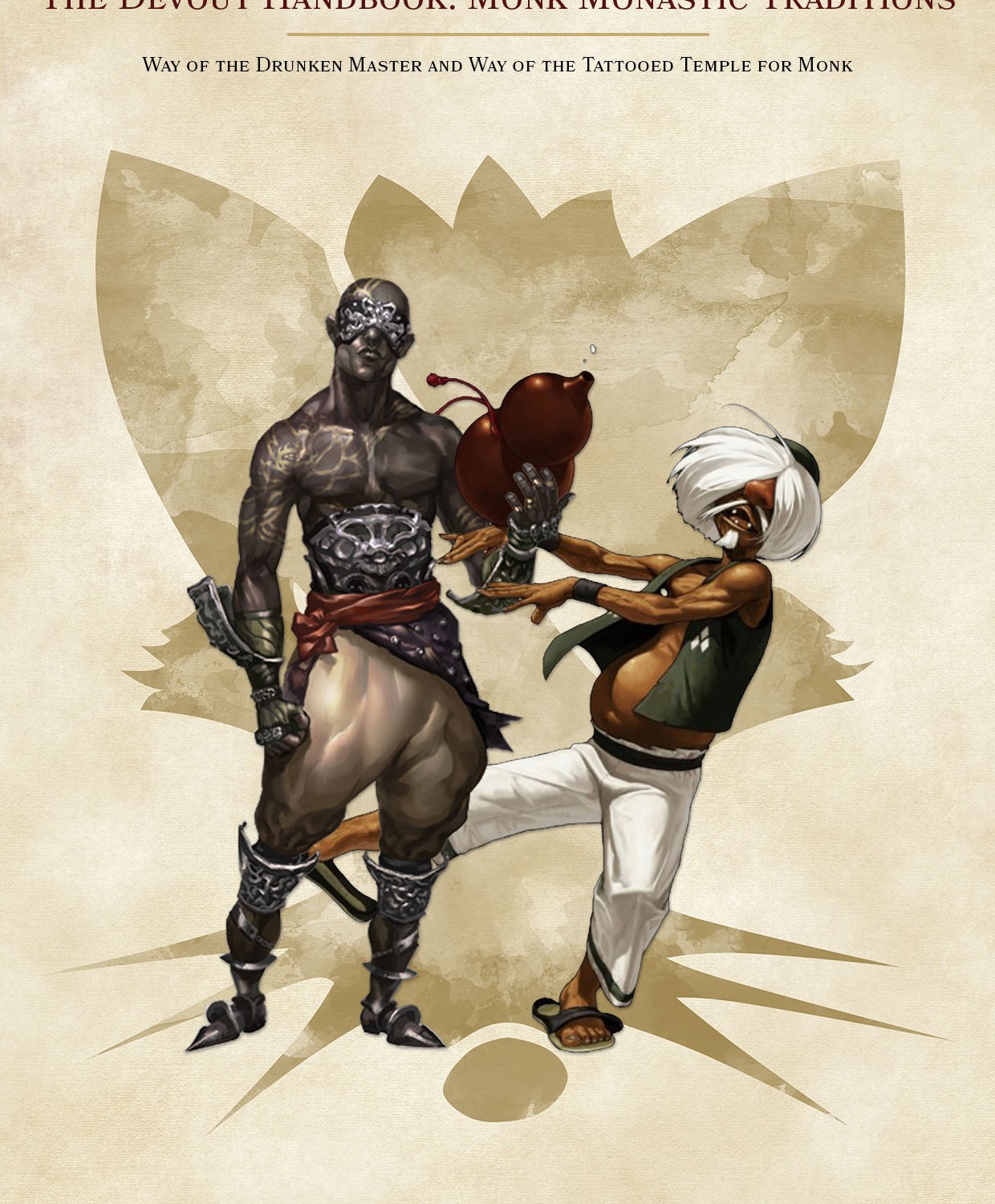 Last week we started the Complete Devout Handbook with the new cleric domains, this week we explore new monastic traditions for monks! Unlike some classes, I actually had so many ideas for archetypes I wanted to make that it was very difficult to narrow it down to just two. I did, eventually, fleshing out new monastic traditions: the Way of the Drunken Master and the Way of the Tattooed Temple.

The Way of the Drunken Master was the first archetype I thought of for monk and it practically wrote itself. While I was working on it I decided early on that I didn’t want their abilities to necessarily be tied to drinking. I did this primarily because I thought it would be lame if somehow the situation prevented you from accessing alcohol thereby nullifying your entire character concept. Secondarily I realized that unless I made rules for what happens when you’re drunk (which I didn’t want to do because, honestly, it feels a little more specific that what 5e shoots for) I knew that lots of DMs would house rule different bonuses and penalties and that would throw off the archetype as well. So while I strongly encourage you to play a character who drinks constantly and is an idiot savant at the Way of the Drunken Master, please know that you don’t have to. But you should.

The Way of the Tattooed Temple was one of many monk archetype options I was considering but after I came up with the idea of small passive constant benefits that were attached to ki activated abilities I really wanted to make this work. While many homebrewers and players of D&D have said that giving monks additional ways to spend ki only increases their diversity, rather than their overall power, I feel like this system of linked passive constant benefits with ki expended powers works really well to do both without going over the top. I had a lot of fun coming up with the tattoos but the list here is by no means exhaustive. If you have an idea for one you think really deserves to be in the Complete Devout Handbook, feel free to leave it in the comments and I will take it into consideration!

Way of the Drunken Master & Way of the Tattooed Temple